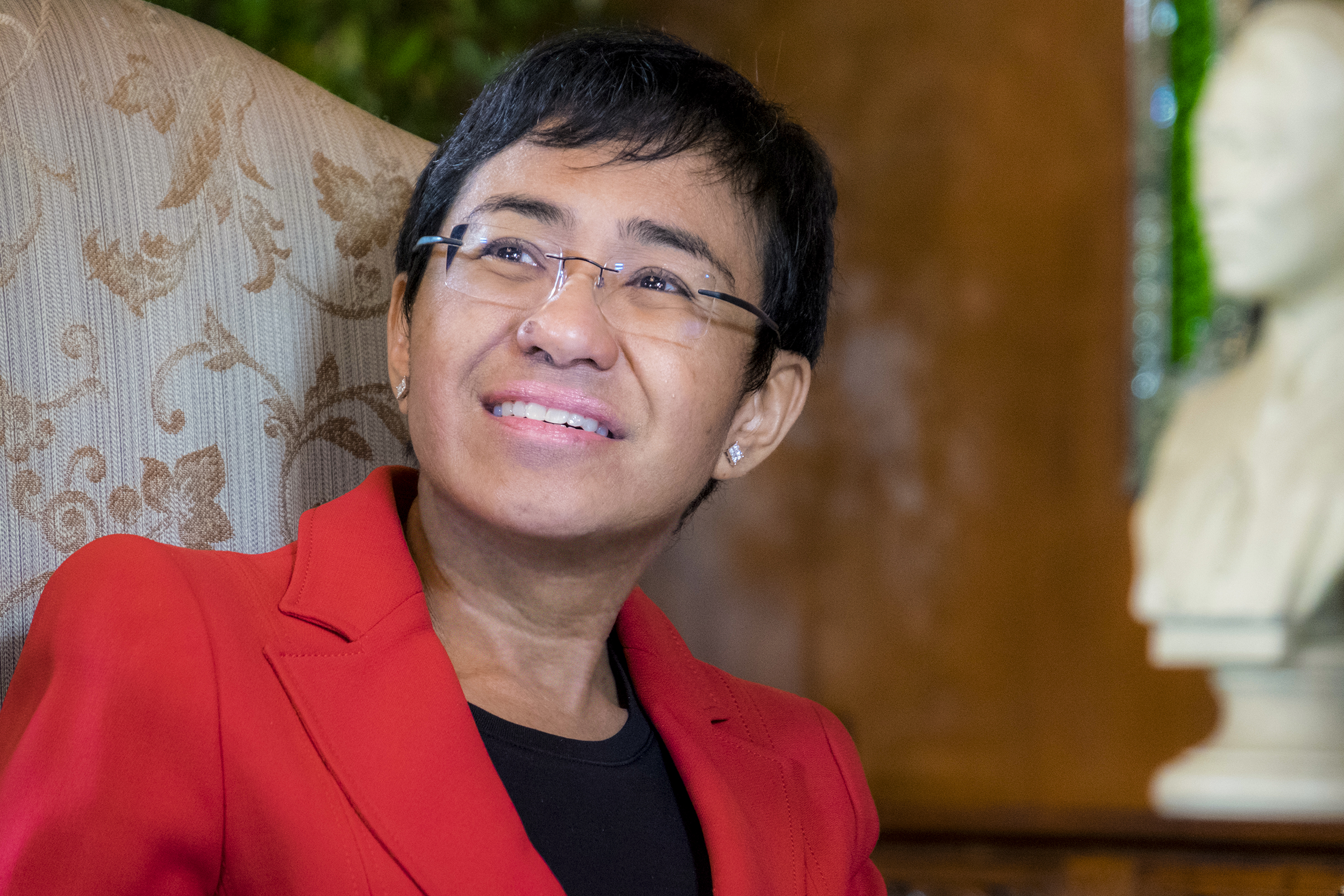 This year’s winner of the Nobel Peace Prize, Maria Ressa, will be one of the speakers at the first World Expression Forum.

Maria Ressa is the co-founder, CEO, and executive editor of Rappler.com, an online news organization in the Philippines. Ressa has been honoured around the world for her courageous and bold work in fighting disinformation, “fake news”, and attempts to silence the free press.  TIME named her one of Person of the Year for 2018 and one of the 100 Most Influential People in 2019.

She was also featured in the 2020 documentary “A Thousand Cuts”. The film profiles her fearless reporting on the abuses of Duterte’s presidency in the Philippines, and also illustrates social media’s capacity to deceive and entrench political power.

She has faced threats and persecution because of her work for freedom of expression.

She received the 2021 Nobel Peace Prize for her “efforts to safeguard freedom of expression, which is a precondition for democracy and lasting peace”.

In her Nobel lecture, she addressed the global problem of disinformation in social media: “An invisible atom bomb exploded in our information ecosystem, and the world must act as it did after Hiroshima. Like that time, we need to create new institutions, like the United Nations, and new codes stating our values, like the universal declaration of human rights, to prevent humanity from doing its worse. It’s an arms race in the information ecosystem. To stop that requires a multilateral approach that all of us must be part of. It begins by restoring facts”.

CEO of WEXFO, Kristenn Einarsson, looks forward to welcoming the Nobel Laureate to Lillehammer: “Maria Ressa is such an impressive and inspiring advocate for the necessity to promote and defend freedom of expression. We highly appreciate that she has decided to join World Expression Forum at the first congress in May this year”.

The conference will take place May 30 and 31 in Lillehammer, Norway.

No comments to show.
We use cookies on our website to give you the most relevant experience by remembering your preferences and repeat visits. By clicking “Accept All”, you consent to the use of ALL the cookies. However, you may visit "Cookie Settings" to provide a controlled consent.
Cookie SettingsAccept All
Manage consent